Exhibitions 'The illusion of color' and 'Allegory of Light'

The first of the installations, entitled 'The illusion of color', comprises about twenty large-format photographs dating from the first decades of the 20th century. These are the classic photos of the Shiny Festivities now colored and presented in a different way. The exhibition includes numbers such as the Raising of the Flag, the dances of Masks, Acrobats and Dwarfs, the Battle of Flowers, the Allegorical and Triumphal Chariot, the Dialogue between the Castle and the Nave or the Loa of Reception. The chromatic treatment has been carried out by Jorge Lozano and María Lozano Fernández, also with the collaboration of the design studio De Aquello.

The second of the exhibitions, 'Allegory of Light', revolves around the rescue of some of the para-theatrical and pre-cinematic formulations that have had a place over time in the Lustrales Festivities. The exhibition, conceived and designed by Saray González Álvarez, Antonio Lorenzo Tena and Manuel Poggio Capote, focuses on local testimonies of Automata, Panoramas, Magic Lantern and Chinese Shadows, including in this last section half a dozen Thai pieces from the 17th century or the reproduction of the figures created for the Bajada de la Virgen in 1815. As for the magic lantern, various materials from the 19th century are offered as well as the proposal that on these spectacular forms was to be represented in the canceled 2020 Lustrales Festivities, by the painter and Palm illustrator Carlines.

Throughout the two months in which the exhibitions will remain open (the closing will be on July 31), the Casa Salazar will host an intense program related to the intangible heritage of the Bajada de la Virgen.

In this sense, it should be noted that on June 10th there will be one of the working groups of the XXI Symposium of Historical Centers and Cultural Heritage of the Canary Islands, organized by CICOP, dedicated in a monographic way to the collection of the Lustrales Festivities. Also in June, Casa Salazar will be part of the 'Civitatem Decorare' artistic project.

Jovita Monterrey highlights that despite the impossibility of holding the Bajada de la Virgen Lustrales Festivities due to the health crisis of the COVID-19 pandemic, the Cabildo de La Palma has promoted initiatives, such as these two exhibitions, to continue with the study, dissemination and promotion of this heritage asset of extraordinary value that the Island possesses and which is a fundamental part of the cultural heritage of La Palma.

The exhibitions 'The illusion of color' and 'Allegory of Light' have had the collaboration of the International Center for the Conservation of Heritage (CICOP), the Santa Cruz de La Palma City Council, the General Archive of La Palma, the Museum Insular de La Palma, the Center for the Conservation and Restoration of the Graphic Document as well as two private collectors and a family archive-library, located, the last three, in Santa Cruz de La Palma. 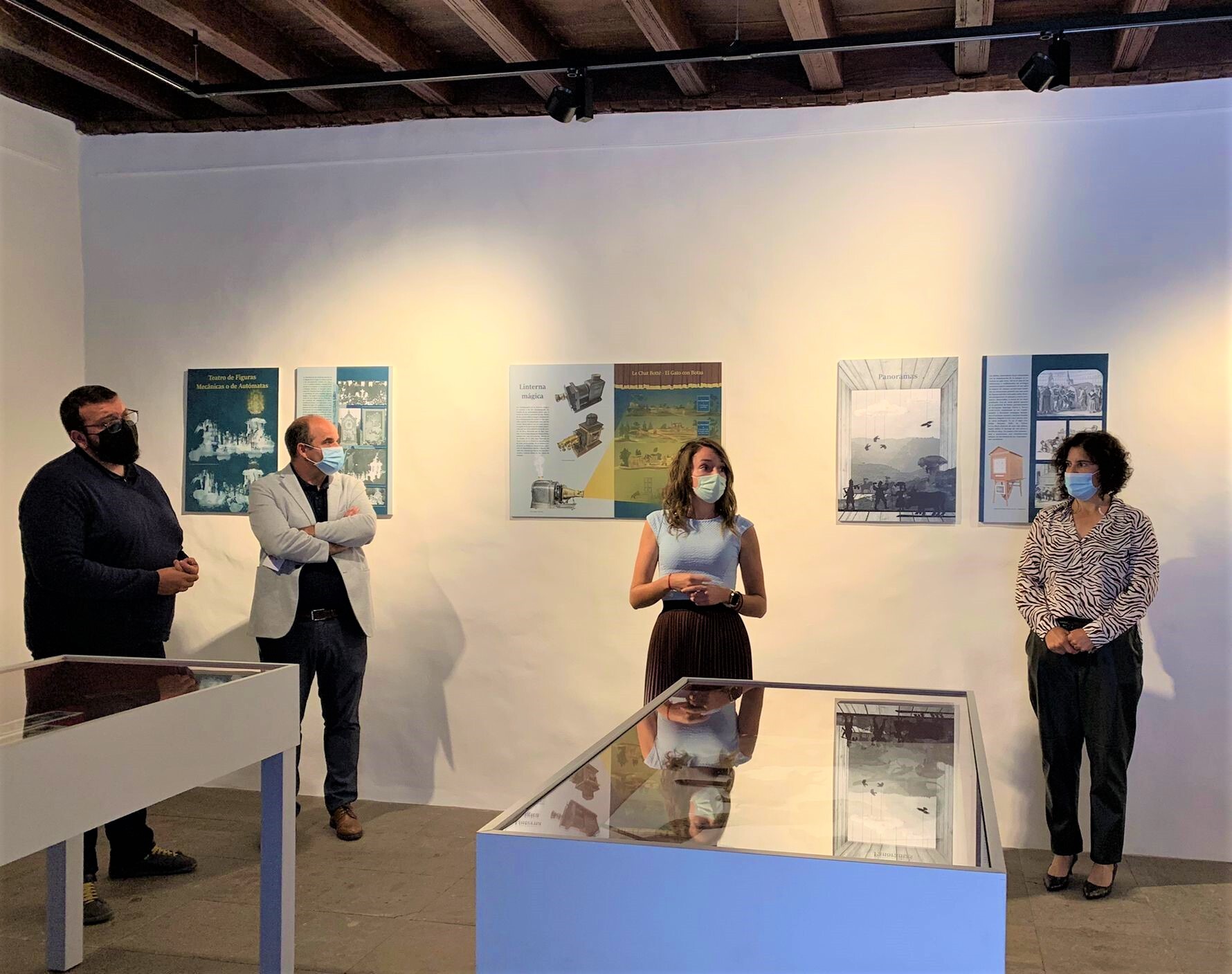